Join Us For Activism in a Time of Turbulence

Librarians have a long history of advocating for openness, transparency, and access to high-quality research. When the current administration began restricting public communications by imposing rules that restrict the use of social media and interactions with the press by the Environmental Protection Agency and departments such as Health and Human Services, and Agriculture, members of the Medical Library Association (MLA) became concerned.1

In fact, our neighbors to the north in Canada experienced a similar assault on science but came together as a community to save research, fought back, and garnered public support. With so much uncertainty over the federal government’s science policies, MLA leads the call to preserve public access to information.

Please join us in a special plenary open forum session sponsored by MLA’s Governmental Relations Committee (GRC) to discuss how MLA as an organization and you as members can affect government decision-making in the area of health information. The discussion will be moderated by GRC Chair Cristina Pope, AHIP, with two distinguished panelists:

Audience participation will be encouraged.

Note: MLA will organize online open forums in June and July to ensure that members can contribute their thoughts to topics that were previously scheduled. Please watch MLANET for up-to-date information.

This recap focuses on the broad content topic of diversity in medical librarianship. Karen Gutzman, organizer of the special content session on Sunday, May 28, provides these notes from the session.
Follow-Up to MLA ’17: Dare Dream Do: Content and Sessions on New and Emerging Technologies

This recap focuses on the broad content topic of new and emerging technologies. Harold Bright IV, AHIP, moderator for one of the sessions on Monday, May 29, provides these notes and comments.
Reflections from MLA ’17

This second recap provides a more personal perspective on MLA ’17 from Christine Willis, AHIP, editor of the Consumer Health column. 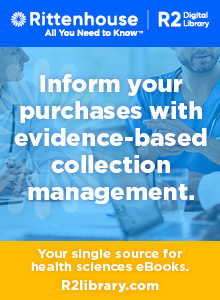